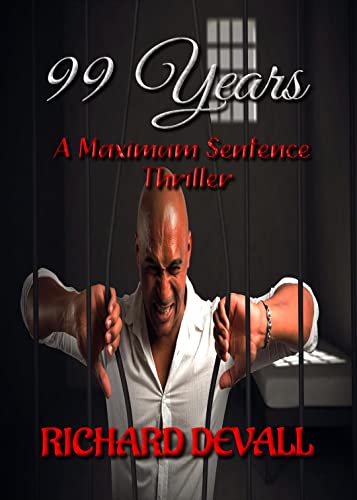 In this slightly futuristic thriller, Cityborn Caudill is sentenced to 99 years. His crimes are horrific. His psychopathic personality, along with his stolen funds, allows him to thrive inside the prison. He has the guards in his pocket and destroys young men for his warped sense of pleasure.

Out, in society, at a pharmaceutical company, two genetic scientists discover a way to keep telomeres from shrinking. Their new drug will extend human life an additional 150 years. This intrigues Cityborn, and he reaches beyond the prison walls to steal a dose. The result is twofold. The prisoner will now live well beyond his 99-year sentence, and the two scientists, missing after the robbery, are presumed dead.

A prisoner, Cityborn abused, Giles Jenkins, and his brother develops a scheme to deprive the locked-up monster of his finances. Meanwhile, the son of the two scientists, Barnaby, is successful in searching for his parent’s remains.

By the time Cityborn is released, the violent maniac has a hate list, and he’s brimming with revenge.