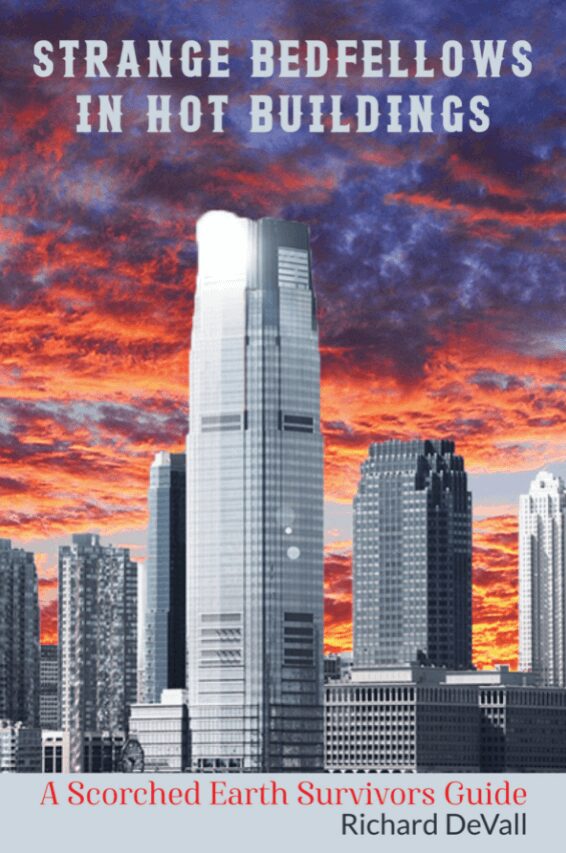 Strange Bedfellows in Hot Buildings is a page-turning action-packed novel. The characters are not stereotypical. The story is about survival in a dystopian period after an apocalyptic event. We follow a group to the end as they grow into a social unit. The book is sprinkled with dark and deadpan humor.

In this edgy futuristic tale, Nelson Howard is a loner that soon learns he’s a superior lover from all his exploits in a popular program called Trollope Tours. Technically he’s a virgin. When the electricity in the 250 story building he lives in quits, he’s forced to leave his apartment. On a lower level, he meets a bi-sexual beauty, Guadalupe. She finds out that Nelson is above average in the bedroom.

The couple scavenges empty apartments for food and stumbles across a group of marauders with slaves in tow. Guadalupe pushes Nelson into a dangerous plan to liberate the slaves. They are successful, and this larger group settles on the 65th floor. There they feed corpses into a nutrient tank to grow vegetables and trade for fish and honey with the people on the 169th level.

Violent groups try to break into the building from various entrances. Eventually, our heroes and heroines leave the building and head north to escape the excessive daytime heat. Along the way, they have many life-threatening battles, and eventually, they settle.